I present to you my take at making a stolen ship with some odd Zoltan prototype.

"Can you believe that with just the help of some paint you can change a ship's origin?!" 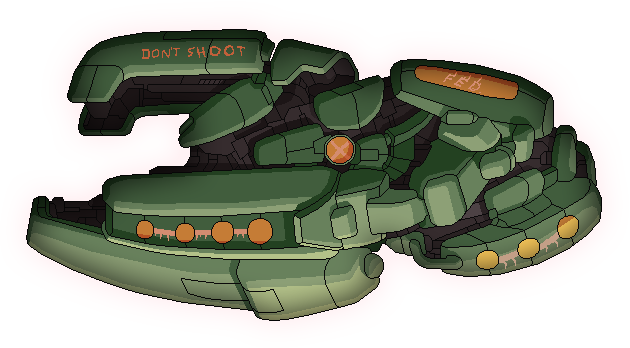 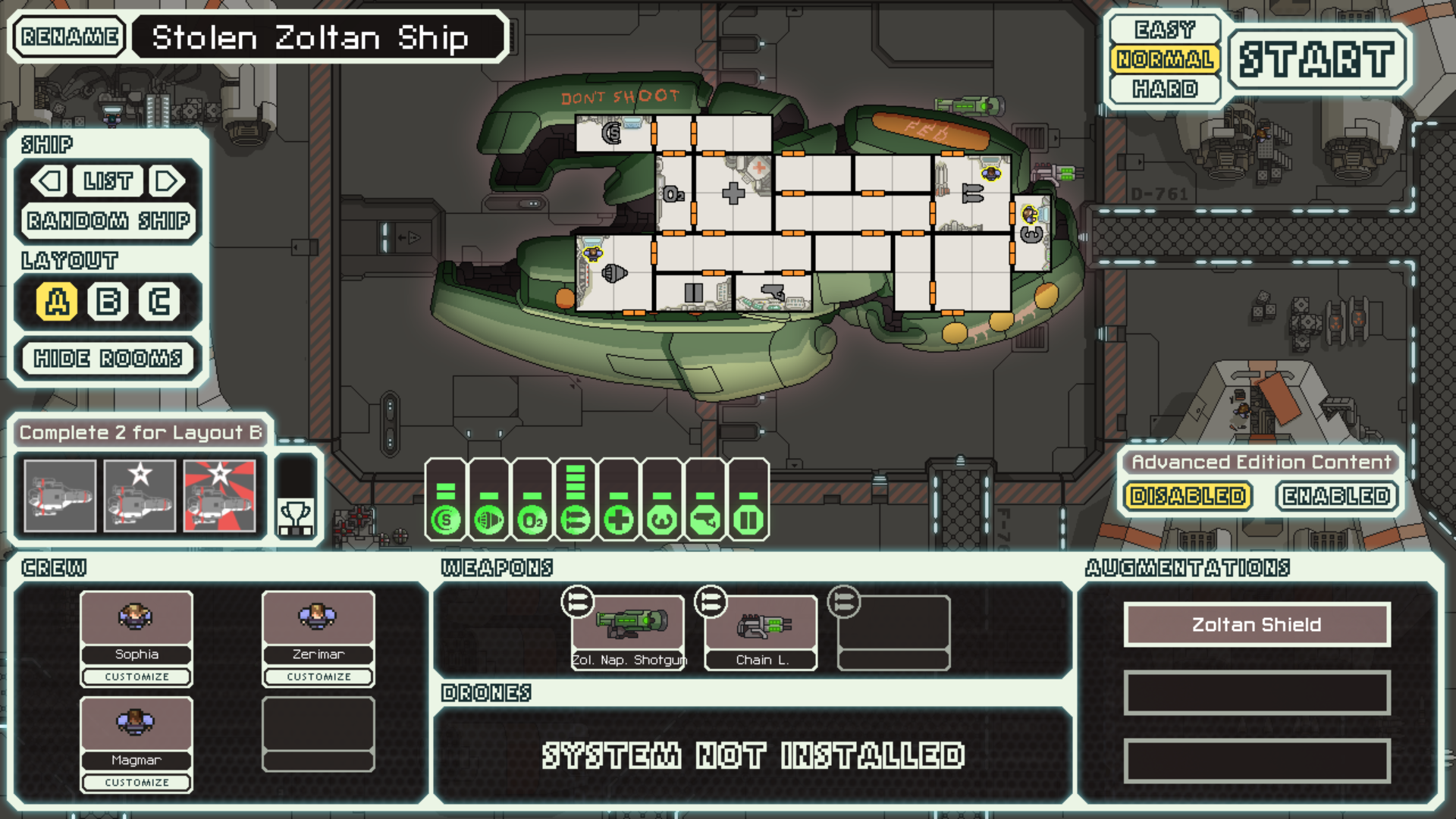 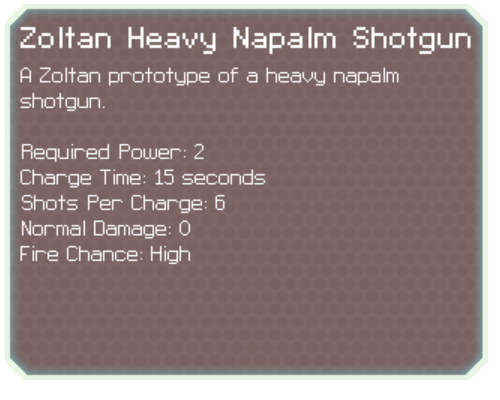 Hey, for the Zoltan-napalm shotgun sprite sheet, there should be extra frames where the weapon's barrel is 'retracting back up.'
Since right now the barrel goes all the way down, then suddenly pops back right up -- which looks very sloppy and jumpy.
What I would normally do is to copy the firing frames (except when the barrel is fully down), then paste them in INVERSE order.

Also, you're missing a floor image, and the ship seems to be off-centered.

Onto game-play;
It's not a bad ship, but it's ever-so-slightly OP (at least in the context of fighting enemies with actual crewmembers, AI-ships play similarly to the Slug C, albeit without hacking) since a large AoE plus 10 incendiary projectiles equals most of the enemy ship is on fire; which basically made the 5 sector run extremely quick.

(Also, I'm down for helping anyone with weapon sprites/art, just saying

EDIT: So, I went out and decided to re-make your Zoltan-shotgun, is that okay with you?

Thanks Arfy for the reply.

-About my shotgun sprite, it was my first time doing a custom weapon sprite, hence it looks faaaar from polished.
Loving your take at my shotgun and i will use yours for now if you don't mind

-For the floor image, i did not use the original layout of this Zoltan ship, so i put a blank floor image.
(Will look into the off-centered)

For the stats of the shotgun, it has 8/10 chances for Fire Ignition but has a 15 seconds reload with 0 dmg.
I think i will just reduce the number of napalm projectiles.

Whited wrote:-For the floor image, i did not use the original layout of this Zoltan ship, so i put a blank floor image.

Just saying, Superluminal can make a floor image for you.

Ho Ho Ho , you learn something new everyday.
Thanks!