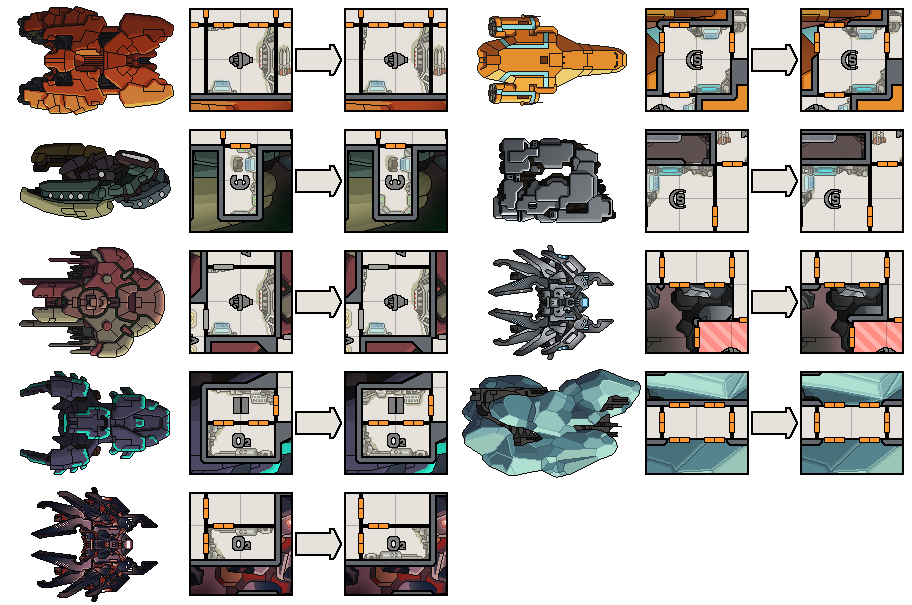 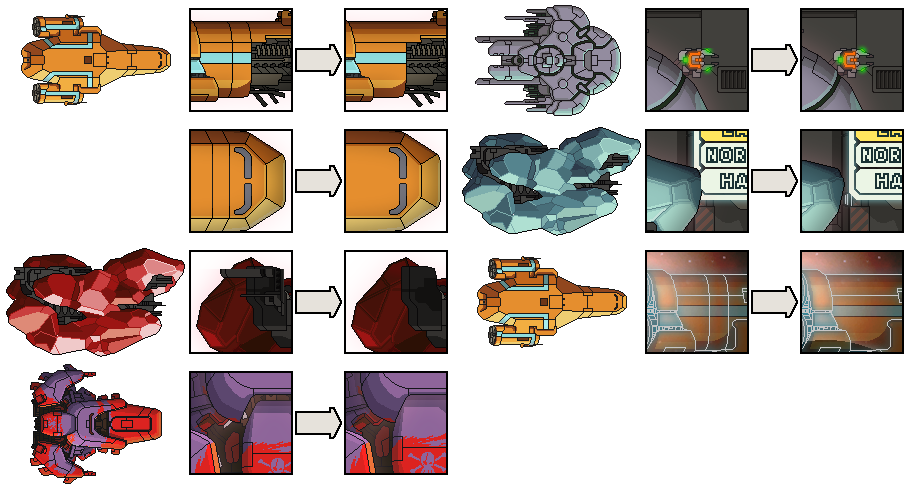 V1.1.18071 -- Updated for FTL 1.6.x
-- Separated type A and C floor images, and cleaned up all floor images.
-- Changed low O2 stripes to be better aligned.
-- Mirrored the Stealth cruisers to match the lighting of all other player ships.
V1.0.17521 -- Adjusted alignment for the stun bomb and fixed some stray pixels on the repair bomb.
-- Cleaned up stray pixels on the Slug A/C floor image. Of course, no one will notice, but at least they are gone.
V1.0.17472 -- Changed the way I do the manning stations for the Fed C and Rock C; Now, the manning stations have been moved. For the original behavior (rotating in place), grab the extra mod in the post below.
V1.0.17471 -- First Public Release
Last edited by R30hedron on Tue Feb 13, 2018 2:35 am, edited 3 times in total.
Top 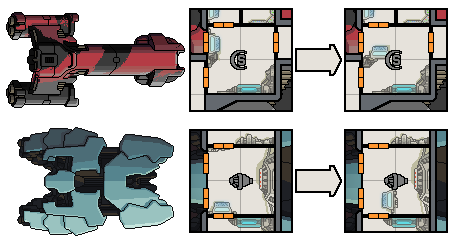 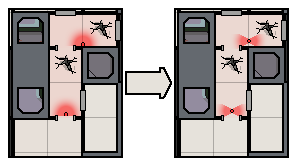 Hey, thanks a ton for your meticulous work! I just find myself switching back to FTL v1.5 from time to time, and it would be great if I could use your tweak with this version as well. Could you publish the last version of your tweak(s) as well? Thanks!
Top

These are lovely, thank you! I got weirdly annoyed at stuff like this, and the pack of B/C ships was the cherry on top