The YT-2000 Light Freighter is recognized as the best of Corellian Engineering Corporation's YT Series Vessel. Its extremely powerful Hyperdrive allows it to outrun its competitors easily. It comes stock with dual laser cannons, grade 1 shielding, and a simple stealth system. The ship is easily modifiable, making it a favorite of customizers. The reactor, though, has been the main complaint from many pilots, as it never has enough juice to power everything at once.

PROS:
* Room for better weapons early, without expenses on upgrading the Weapon System
* Shields start at level 3, which means you get one bubble of shielding and a cheaper upgrade to two bubbles.
* Varied crew is useful for some events and is big enough to man all stations from the beginning.
* Despite being weak at the start, it turns into a powerhouse pretty quickly.
* Starts with Adv. FTL Navigation and FTL Charge Booster.
* Starts with level 5 Engines.
* By luring boarders to the Weapons Room, you can use up to six crewmembers to defend
* Allows for many playstyles.
* Replaces Vortex!

CONS:
* Starts with weak weaponry.
* Can't power all of it's initial systems.
* Big corridors cause long walks for some repairs.
* You'll spend lots of Scrap on the Reactor and even more looking for better weapons. How it looks at the start. How mine looked at the end

I tested it all day long, and while I'm bad at this game, I believe it is balanced. My best run is the one pictured above, where I died because I made mistakes with the timing of my cloak. That run was on Easy, by the way.


DISCLAIMER: YT-2000 is from Star Wars, not my creation.
The artwork used in this mod is also not my creation, it was taken and edited from here: http://www.colonialchrome.co.uk/Ships/G ... elvian.htm

Too bad you can't rename the crew to Han and Chewbacca.

Thunderr wrote:Too bad you can't rename the crew to Han and Chewbacca.

Actually, it isn't the Millennium Falcon. I remember from a novel that the Falcon was a YT-1300. Something I read years ago when I was into starwars fiction.
Top

The Falcon is indeed a YT-1300, and that model looks different: 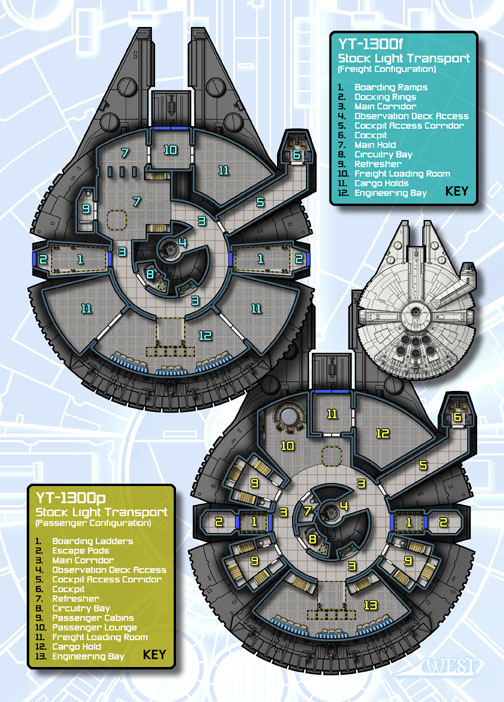 Check it out, the cockpit is to the right!

Thunderr wrote:Too bad you can't rename the crew to Han and Chewbacca.

Actually, it isn't the Millennium Falcon. I remember from a novel that the Falcon was a YT-1300. Something I read years ago when I was into starwars fiction.

Kiloku wrote:The Falcon is indeed a YT-1300, and that model looks different:
Check it out, the cockpit is to the right!

Yes, the cockpit is to the right! I see my error now. I only knew that the Falcon was a Corellian Freighter, I had no idea of specifics. It's great to find out that there are others that are Star Wars nerds though.
Top

That series of ships was meant to be VERY modular, so it isn't unusual to see the cockpit dead center, no fears:)
Top

Oh, the nostalgia. I loved the heck out of X-Wing Alliance. Kudos for bringing back fond memories.
The Millennium Falcon was indeed a very heavily modified YT-1300. On the other hand, the Azzameen family had one of these. Its name was Otana, I believe. A beauty of a ship.
I haven't tried it out yet, but the mere fact that it is Star Wars raises its value in my eyes. Keep up the good work, and I'd love to see other ships from Star Wars. : )

For further reading on the subject: http://starwars.wikia.com/wiki/YT-2000_light_freighter
Top
Post Reply
7 posts • Page 1 of 1