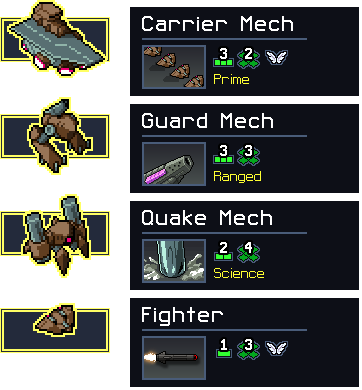 v0.09
- Upgraded Fighters should now match their Carrier's color in all cases, and TipImage fighter colors won't be affected by alternate palettes.