This mod adds a custom pilot, Ice Queen, who can freeze and unfreeze her mech at will, even after attacking. 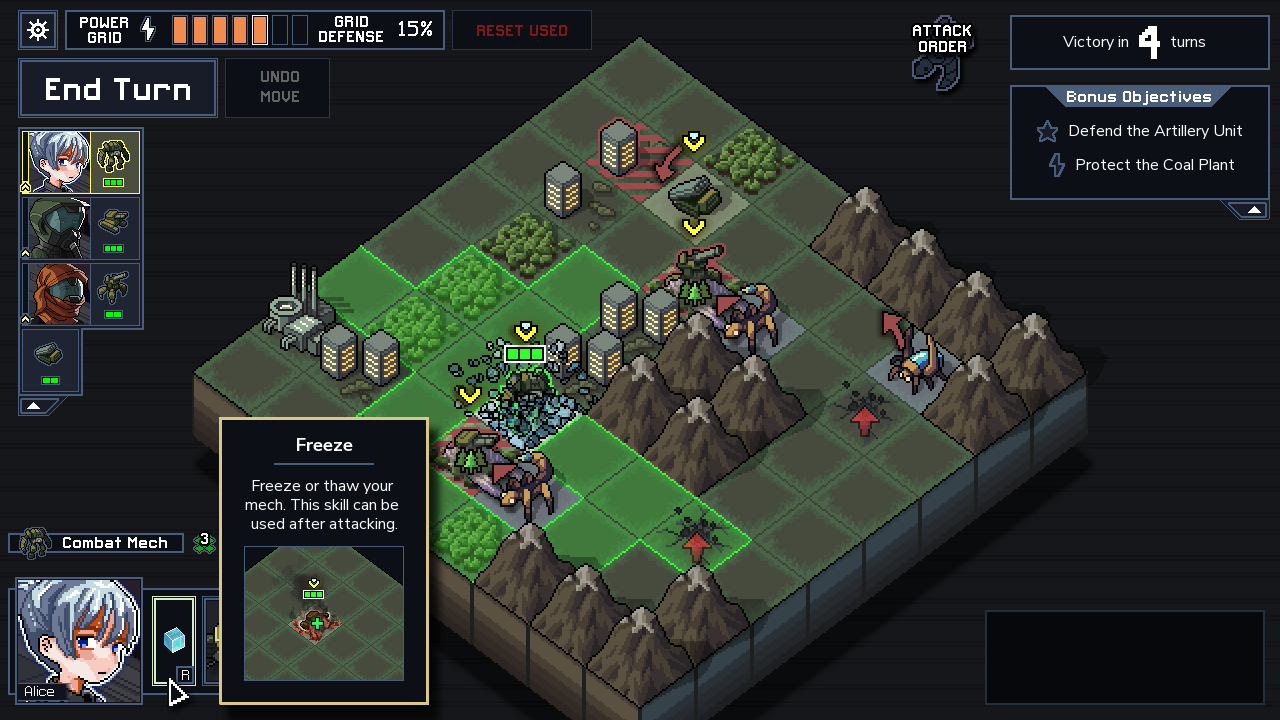 Having experimented with this pilot, I've come to the conclusion that she functions surprisingly well. At first I thought her ability would be _incredibly_ overpowered, but whilst it definitely is exceptionally useful in certain situations, Harold still beats her out in my opinion, which instead puts her alongside pilots like Henry and Silica - powerful, but not outright broken.

Now obviously her character art doesn't fit with the rest of the game and she has no dialogue, but if you ever want to work on her more, the self-icing ability is a solid basis.
Top

I think the code needs to be looked at as I'm sure there are those who've encountered duplication bugs and the like with this mod; but other than that, Alice is a useful addition to many teams.
Her ability essentially makes her like Mafan, except with more HP and is a solid counter to other mods, like say the Evolved Vek's Viper as she can be dragged into the water, freeze herself then thaw out to do her damage; then freeze herself again to tank the hit.

Otherwise, she can be also be very useful in blocking spawns or as an alternative to Mafan or Bethany when operating a self-freezing Mech.

The lack of dialogue can also be quite an issue as sometimes during parts where someone should be speaking, the RNG chooses Alice, but since she doesn't have any speaking parts, the game decides not to say anything. Not the mod's fault for that one but maybe she could use a few lines (although the fact that she is called the "Ice Queen" makes me think she has nothing to say). Look at the other pilot mods like Lost Pilots or Pilots+ for how to get the dialogue working.
Top
Post Reply
3 posts • Page 1 of 1