Distribute and discuss mods that are functional.
Post Reply
4 posts • Page 1 of 1

A squad focused on use of explosives. 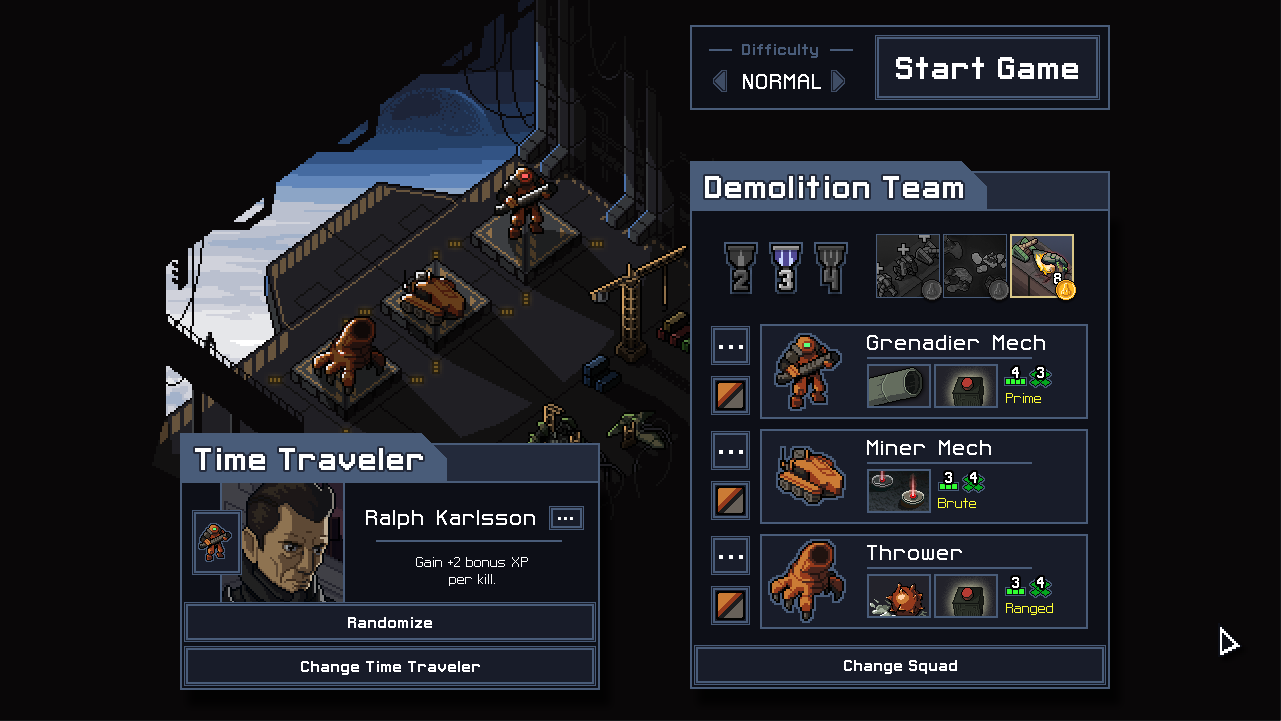 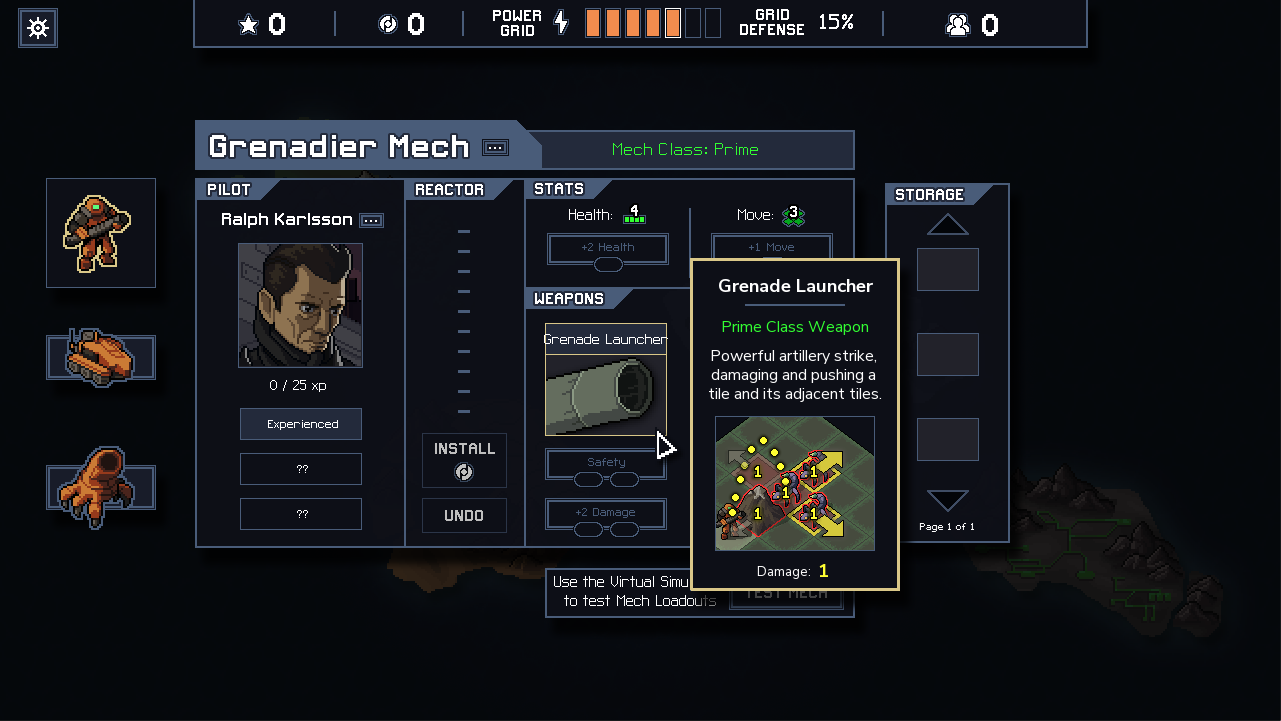 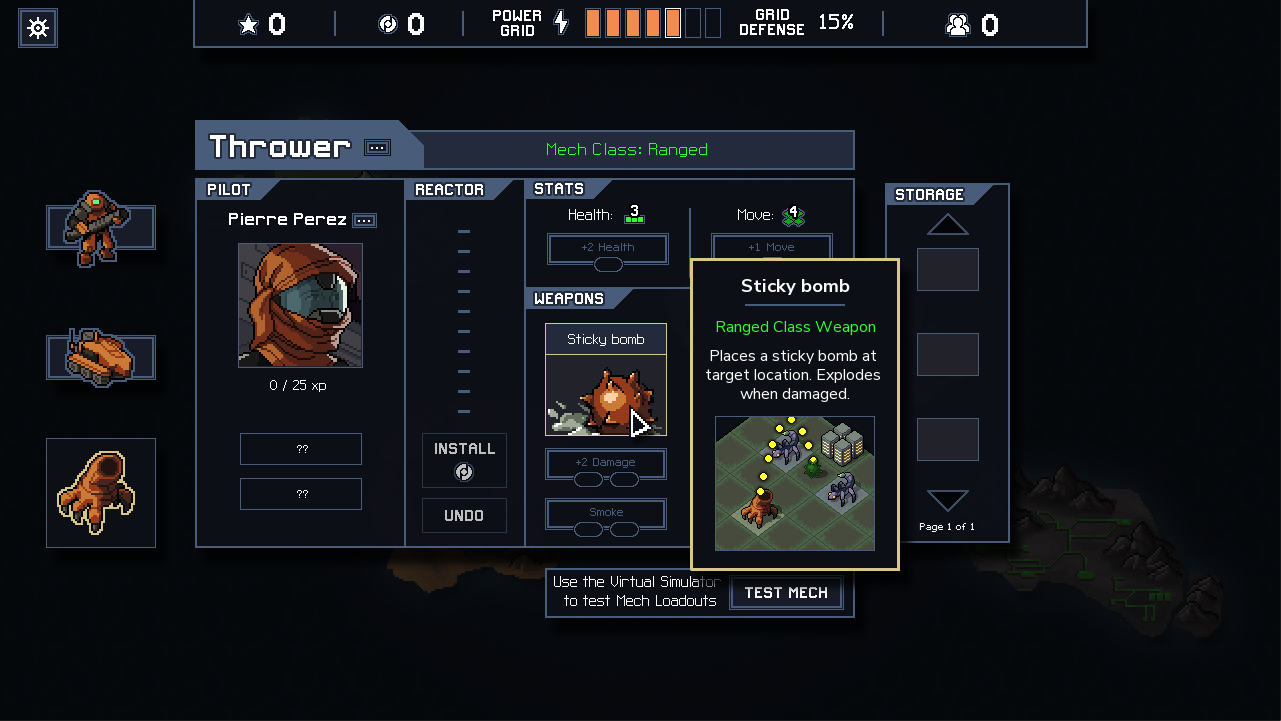 The squad is actually fun to play, but OP as hell in supressing the emerging vek, be it with mines or with a bomb that explodes after all the bugs dig out.
Top

Vozhban wrote:The squad is actually fun to play, but OP as hell in supressing the emerging vek, be it with mines or with a bomb that explodes after all the bugs dig out.

This squad can either be monumentally OP or really struggle depending on the situation.

Personally, I like them a lot. They have a really interesting and unique damage-focused playstyle that can be quite fun, with some amazing plays available with the sticky bomb if you plan properly (to that end, I actually advocate moving one of your Buttons from the Thrower over to the Miner and keeping both) and get something good to supplement your thrower. Push upgrade on the Buttons helps as well. The "Safety" upgrade on the Grenade launcher is pretty useless I find because buildings are most often adjacent to each other, but besides that the upgrade options are very well thought-out, and the Thrower would also potentially have some interesting synergies with the rocket mech in a custom squad. It also works well with a variety of pilots, which is something some custom squads have neglected (looking at you, Big Guys!)

Only downsides are the wildly yawing difficulty of playing them (which you probably can't really fix, honestly, since it's fundamental to their design) and the fact that, whereas the Grenadier and Miner look amazing, the Thrower really needs a re-design. It just doesn't look right next to the other two with its overly-massive launcher and spider legs.

Overall, I give this squad a B+. I would say easily my favorite custom squad so far.
Top

Sticky Mines are best placed on spawn points or near them. Others might say they can't handle the explosive firepower but I think it can be very easy to manage Vek numbers, even in late-game with proper Sticky Bomb placement and mine drops...