Adds powerful satellite weapons to the shop, which disappear after 1 use.

Adds 4 rare weapons to the shop. They're all 0-core Any class weapons with huge effects that are permanently lost after 1 use. 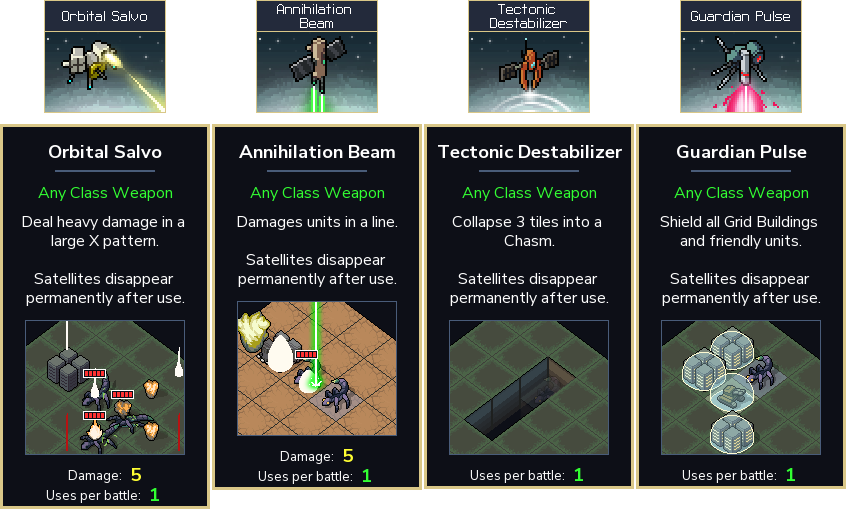 v0.03
- Removed flip from Annihilation beam, since it's not really necessary.