General discussion about the game.
Post Reply
3 posts • Page 1 of 1

Shared this on reddit a while back, since I imagine there's at least a bit of overlap between ItB fans and board gamers.

Forumites over on Boardgamegeek run a bunch of small game design contests. One is the 9-card nanogame (make a game using at most 9 cards and 18 bits). My entry this year is basically a micro version of Into the Breach.
- You play a 6-mission campaign, using a squad of 2 mechs, against.
- You earn upgrades and the equivalent of grid power for completing objectives.
- There are 6 different enemies and 6 different mechs in the contest version.

There's a number of restrictions if you want to vote in the contest, but if you're already on BGG and/or you like the idea of easy-to-assemble nanogames, I encourage you to check out the contest entries here.

Some art from my entry (titled Bury Me in the Rift): 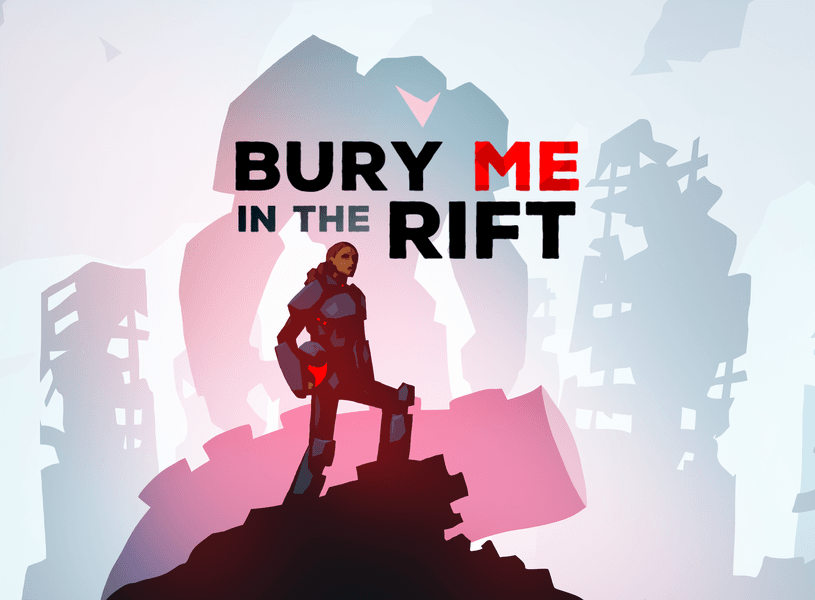 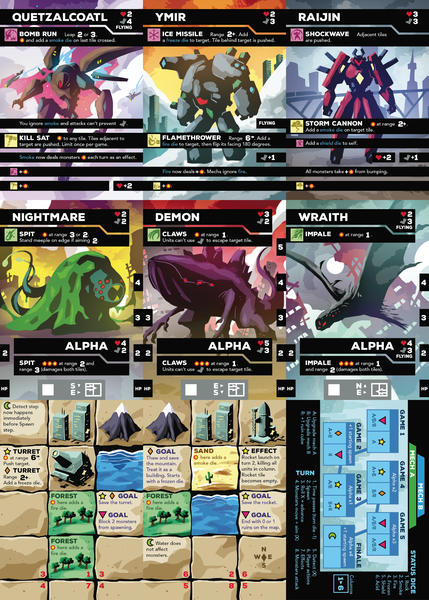 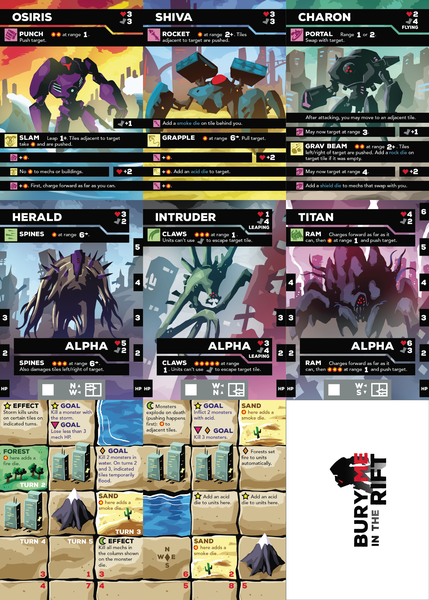 The files are directly available here.

Also, this game is actually what got back into my current ItB phase and interested in modding, so it's indirectly responsible for the pilots/squads I've shared on this forum

Nice job. Would love to try it out.
Nice art too!
cheers.
ft
Top