A modification which focuses on rebalancing FTL weapons. There are balance changes, new weapons, and a simple upgrade system.

All weapons in the game have to be viable;
There are no clearly overpowered weapons;
Enemies need to have enough projectiles to hurt the player, even in early game, but fewer missiles than in vanilla as they're difficult to deal with;
Make it as easy as possible to get used to the mod while keeping things refreshing and fun.

Lasers and beams work similarly to vanilla, just streamlined in some ways.
Flak weapons have very long charge times. They synergize well with high damage beams, but don't work that well with anything else.
Many ion weapons received buffs, also there are more ion weapons with multiple projectiles now.
Missiles received giant buffs: reduced charge time, additional effects, multiple projectiles. Enemies use weaker versions that cost 1 more power and have longer charge time than player versions. But missile weapons count as already upgraded and cannot be upgraded again.
Bombs follow a simple principle: one bomb - one effect, most bombs are faster, cheaper, all of them cost one power and cannot be upgraded. Enemies rarely use bombs now, but when they do, they use weaker versions that cost 2 power.
Crystals always deal 2 damage and leave a breach to provide them some use in late game.

Small bomb replaced with Flash bomb which does nothing else except dealing 2 damage to system.
Flash bomb scrap cost: 45 -> 40.
Enemies use unupgraded version of flash bomb (2 power, 14 sec charge time).

Engi B: uses upgraded version of Heavy Laser I (no changes). 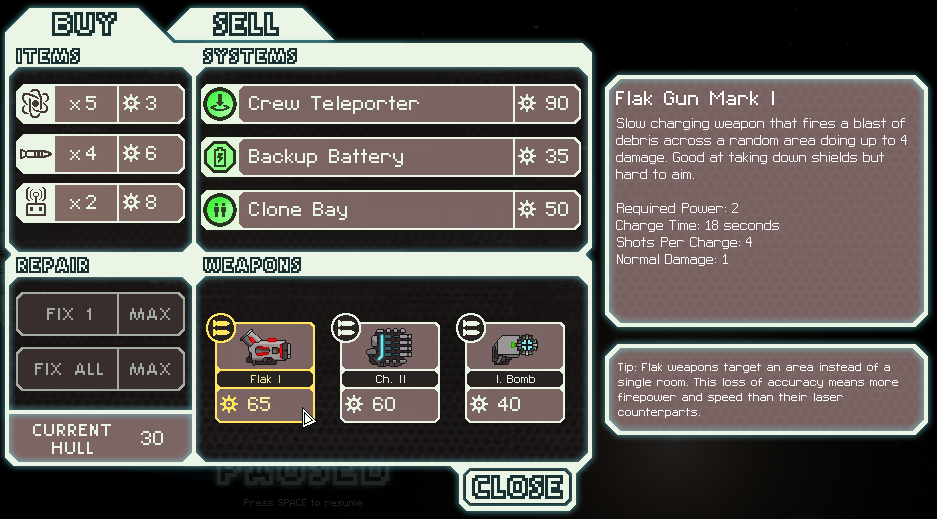 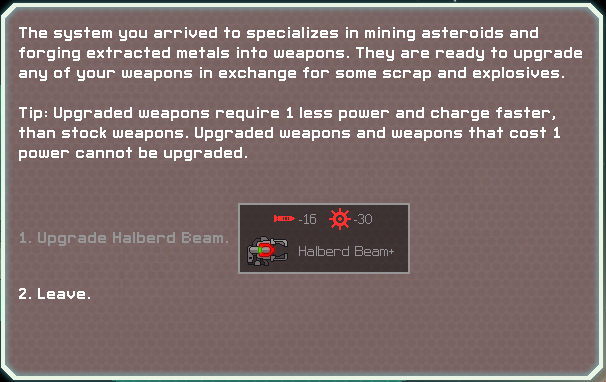 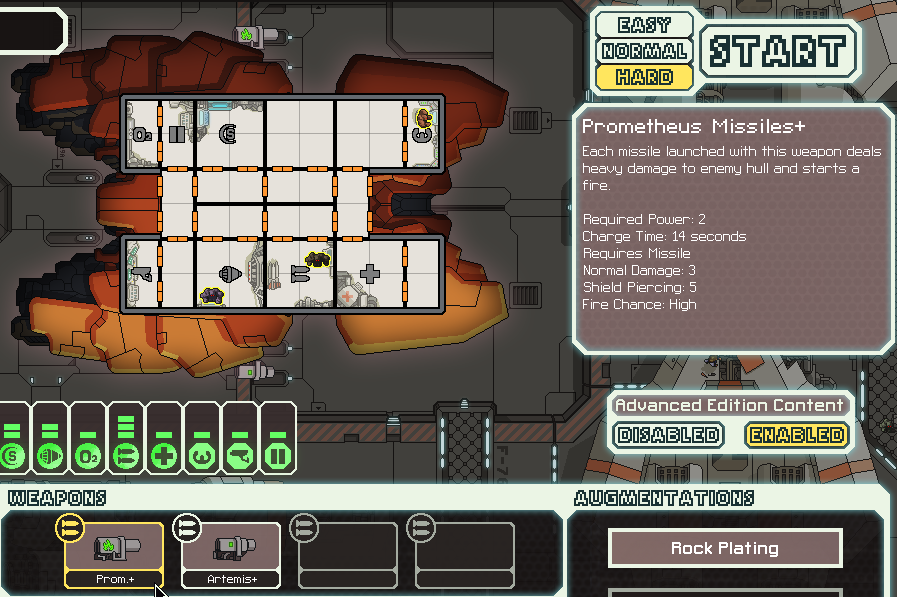 bamalf for testing and feedback

kix, AgentTheKat, Laythe, and other mod developers for continuous support

Everyone who commented, found issues, posted feedback, or just played the mod.

Users browsing this forum: No registered users and 52 guests