Hello everyone! Today I have something (hopefully) very cool to show you! I call it FTL: Deep Space. Its still a WIP, but I decided to share what I have at the moment. So far I have two custom weapons, two new augments (one that is the basis of this mod), a new ship, new skins for crew members, several new events, and a new hazard. This mod focuses on deep space and space rifts (Im working on a new crew type btw). The mod focuses on a new augment, called rift controll. It protects our ship from all ion damage, and gives you the power to control space rifts! At the moment it can only be used at "nothing" events and several basic events. It gives you an extra blue option to open a space rift. Upon doing so you can get either amazing, horrible, or absolutely nothing. Soon I will have other augments, new drones, new weapons, even more new ships, new enemy ships and a bunch of other stuff. Also, the rift hazard is a bit iffy at the moment. I'll get that to look better soon. Enjoy! 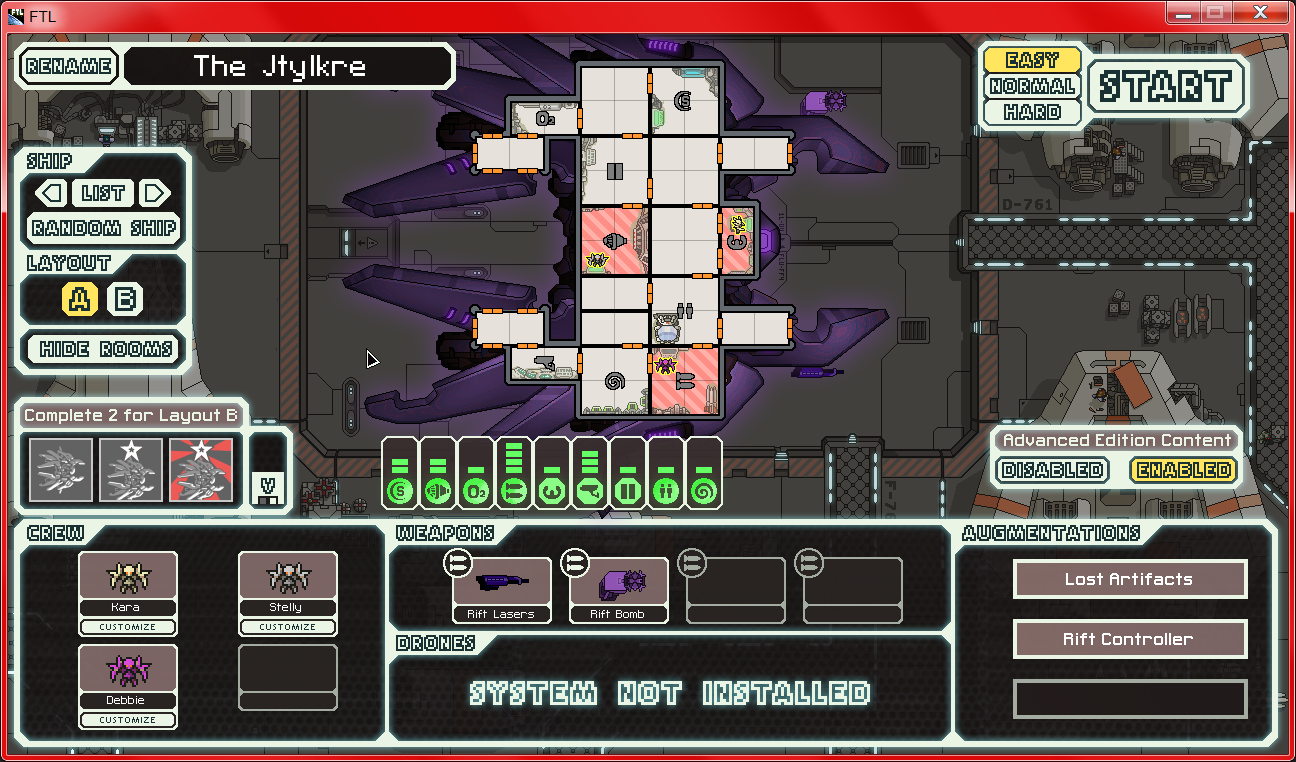 Credits:
The project coalition team for some help with the events

Wait, how have you made new augments?

You can make "dummy" augments, which do nothing; and in this context, "Lost Artifacts" is just a dummy augment with a high sell price.

"Rift Controller" is just a modified RIF that has special events tied to it.
Discord: ATLAS#9226
Top
Post Reply
3 posts • Page 1 of 1