Happy Halloween everyone!
Just like every year, I don't actually have anything prepared for it. So I hastily threw together some spooky ship using some old Mantis cruiser parts... and here is the result... 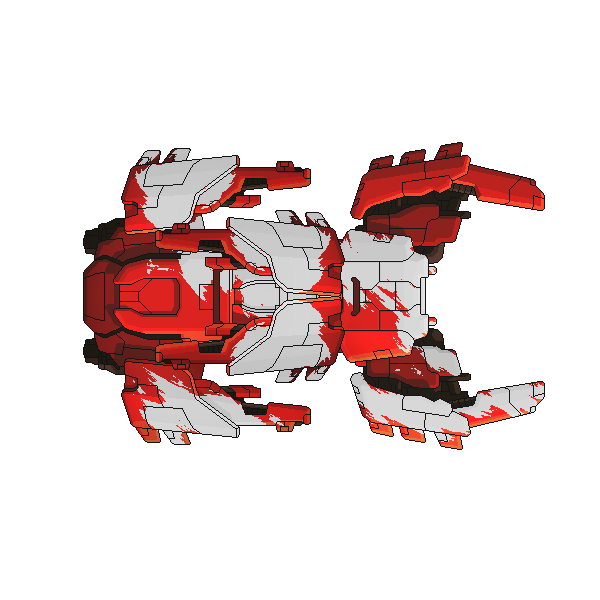 Story:
The Mantis Katatonik was studying up his Human cultures when he noticed the tradition of Halloween. A holiday where people scared each other in cheap outfits? Sounded like something even a Mantis could do. He got to work with his crew in putting together some old Mantis hulls he had lying around and created... well this ship.
Much like a cheap Halloween costume, he didn't put too much care into how things went. The cloaking device integration had failed so instead of actually getting his Engies to fix it, he just put in a system where the ship would deploy a massive sheet over the ship to hide it from enemy weapons fire. Surprisingly this actually worked!

As for weaponry, he did have a sponsorship with Mantis Charlies and so his cargo holds were loaded with Cage-Grown Humans. He had to find some way of offloading this excess and so he integrated a sort of Man Cannon which would fire off the excess at the enemy ship, which somehow hit them with more damage than a Hermes Missile.
Lastly, the boarding crews demanded some sort of "Room clearer" that could be deployed up front. Grabbing some old Stun Bombs and some white paint, he made "Spooky bombs." A quick dig through his audio archive and he found a file of his rival making spooky ghost sounds and said "If that can scare me, it should scare the other meatsacks it's fired at."

He didn't get far though with the ship before the Hive Queen of Charlie Hive asked just what the hell he was doing with the budget and he quickly ditched it at a Federation shipyard. 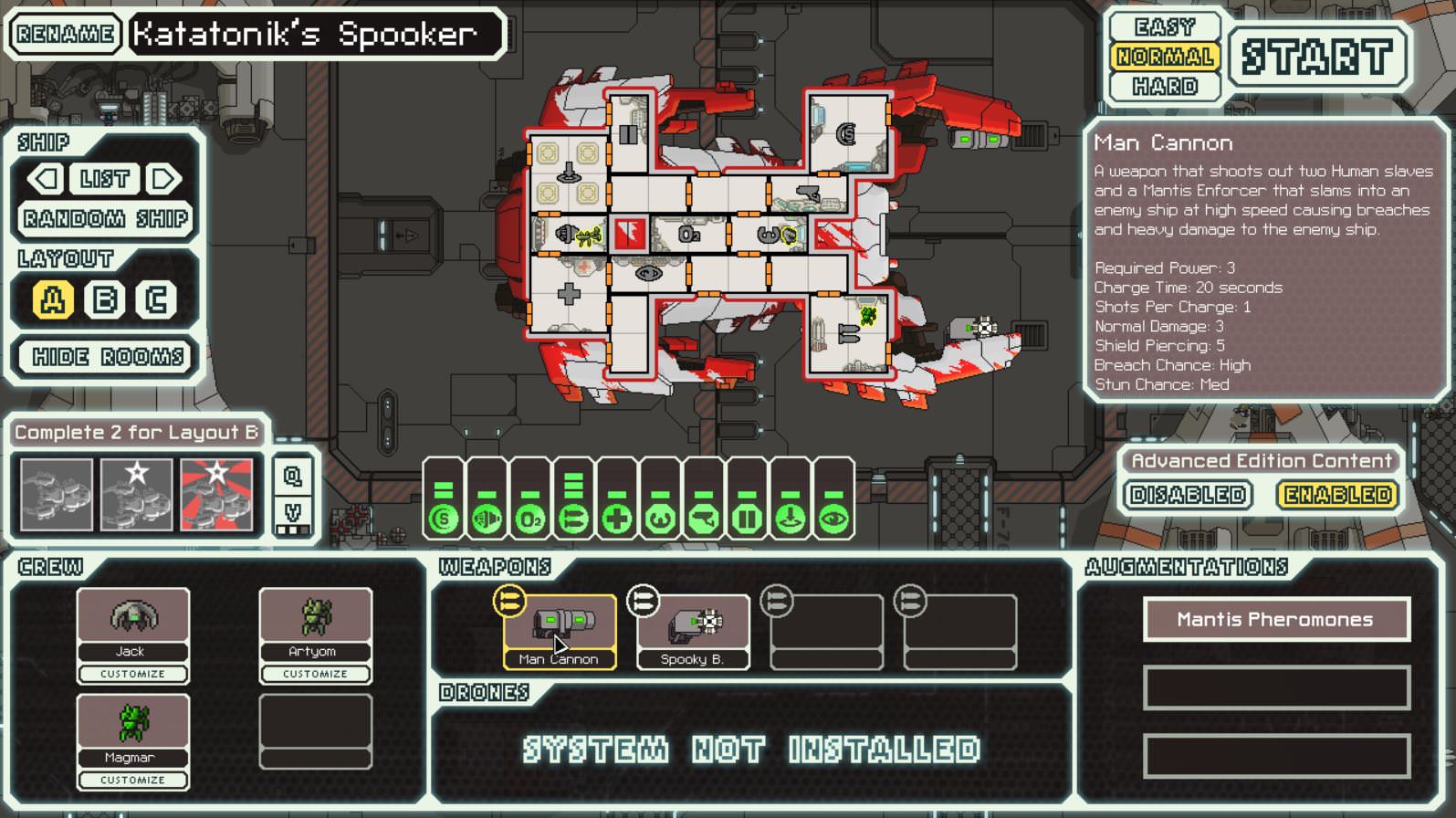 Tactics:
It's a little bit overpowered from the start with cloaking, a 4-person teleporter and the capacity to destroy auto-ships and stop them repairing in the meantime.
Essentially it could be played like a more potent Shrike, or a Mantis A with cloaking.

It is beautiful. I can't wait to give this a try.
Top

I died when I cloaked the first time. I know it's a joke mod and I'm way early for Halloween but the hull is really fantastic.
Top