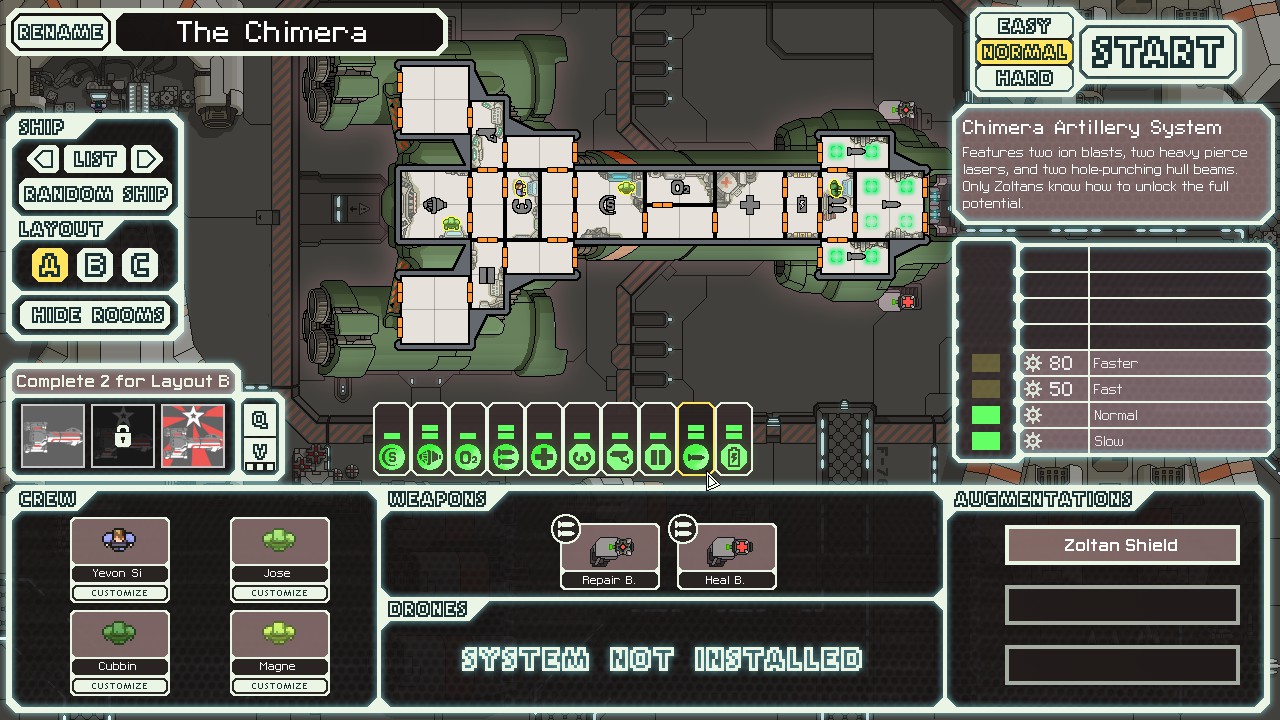 If you want more systems, you need another mod to install them.

Initial Release of AE.1:
-(in Greek mythology) a fire-breathing female monster with a lion's head, a goat's body, and a serpent's tail.
-A Federation Cruiser made for Zoltans

This ship has SIX artillery systems. Zoltans made an extremely complex artillery system for this Federation Cruiser, and only they know how to fully operate it. If it gets damaged, you need to use a nanobot repair bomb to fix it. Both side rooms have an ion blast and a heavy pierce laser. The middle room has two beam weapons. If you aren't a Zoltan, you can only control one of the beams. If you upgrade the artillery system, it only upgrades the second beam which requires a Zoltan to operate. What were those Zoltans thinking when they made this?

It's been over two years since I last played FTL. I don't know how this happened... 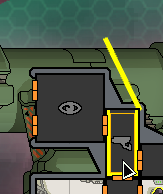 That room highlight was messed up for the rest of the run once I discovered it. After my run, I couldn't duplicate it.
I did win (normal difficulty vanilla with Limited Time Offer for more systems), despite not getting any extra Zoltans to help with the power-hungry artillery.
Top

Please continue to make mods! It makes me sad to see this mod community dying. I've been playing FTL since 2013 and am just now getting into modding it. But half of the mods listed on the official page have defunct links :'( If you have any copies of mods I'd appreciate if you could share them with me or post them to dropbox or something similar so others can access them as well. Your work is appreciated! I hope to see this community continue to live on.
Top

FTL 1.6.3 didn't make this ship unplayable, but some things needed to be fixed.
-The file misc.xml doesn't exist anymore, so I needed to make a new .append file for the new text_misc.xml. (Artillery related text)
-For the interior graphics of the front artillery room, I had to place a fake "room" system. In FTL 1.5.13, the game looked for img/icons/s_room_overlay.png. Luckily, FTL 1.6.3 didn't break this fake "room" system, but it was showing a modified img/nullResource.png (red sign/red background instead of yellow sign/white background) instead of s_room_overlay. I made nullResource a blank image to get rid of it.