The Tardis mod was created by Gencool several years ago, this release is a Multiverse-compatibile adaptation. You can view the original post (of which this one is an almost identical copy) here.
Many elements have been rebuilt from scratch to take adventage of Hyperspace features. Even so, I did my best to make this as faithful a recreation as possible. Enjoy!

WARNING: This mod makes changes to the Multiverse starting event. It will work with other mods I've made which do the same, but I cannot guarantee compatibility with mods made by other people. Proceed at your own risk!

The Tardis comes in two variations -
- The mk40, which is the original take on the ship and closer to the one in the show.
- The mk42, which is built with standard room sizes to better fit the FTL universe.

The initial loadout is designed to promote tactical gameplay;

A lot of people try to use a boarding strategy with this ship. That's not the way it was planned to work, and isn't very effective in the early game. 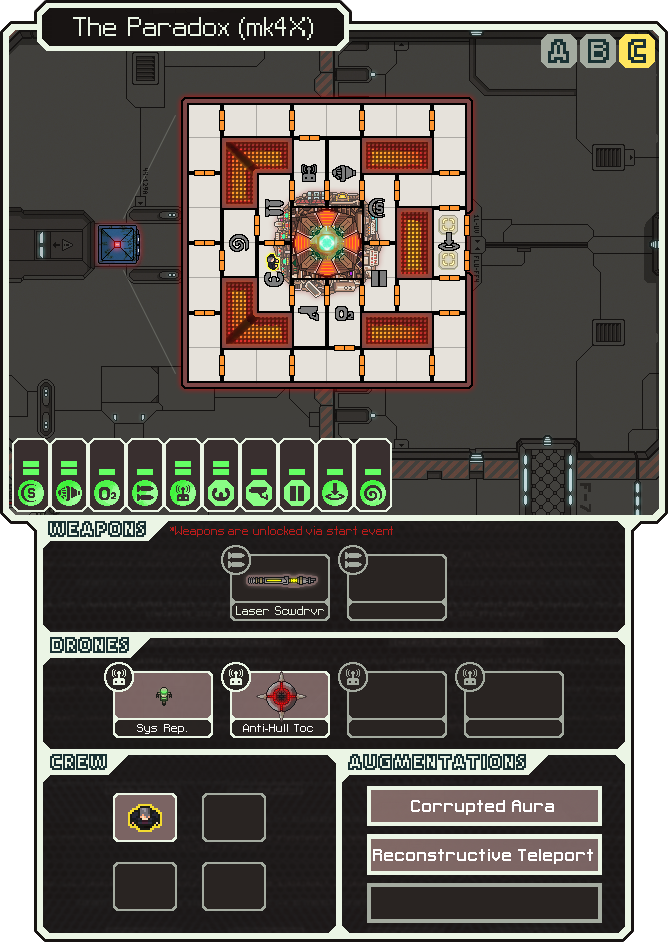 The Paradox - the mk4X - is based on various incarnations of The Master, using The Paradox Machine as the inspiration for the ship.
It is designed as a more challenging version of The Tardis, and shouldn't be attempted before using either the mk40 or mk42.

It follows most of the same rules, but with some distinct twists;

Weapon Packs
Some of the weapon sprites for the mod were made by me! I also made a few thematically linked weapons (think Dalek Lasers, Sonic Blasters...)

"The Booster Pack" adds these new weapons to the stores, giving more variaty to the main mod
"The Weapons Pack" unlocks all the Doctor and Master's weapons and drones for use without the main mod (Want to find a Sonic Red and Dalek Beam while flying The Gila Monster? This is for you)

Many thanks to the members of the Multiverse Discord for being extremely helpful in adapting this mod.

Sound effects have been sampled from the following pages:


No profit is being made from this mod.
If there are any issues, please let me know and I will do my best to rectify them.

Users browsing this forum: No registered users and 41 guests