Sorry people for the inconvenience, but one of us *cough* stormbringer *cough* thought we were ready to post the latest release, and accidentally uploaded an unfinished alpha build without anyone's permission. We're dealing with this now, but until we can contact him and take down the file, please ignore the latest update as its full of bugs and stuff.

ok people we got it all fixed, carry on as usual. We now have a mediafire link to the stable build from before, and we'll go back to the dropbox link once we finish the newest build

Hey there everyone! We are happy to announce that we have released a new "experimental version" (it actually works a LOT better than the stable version). We also want to thank all of our fans who have helped point out our many bugs. They are all now in the end game credits under "Early Supporters"! So please check out our latest version!

test for signature (and certainly not to put pc at the top [why would i do that?])
It's me, one of those Multiverse Devs!
Do you have a ship sprite you aren't sure about? Do you think it could be better, but aren't sure how?
Contact me on discord (AgentTheKat#1953), and I'll see what I can do! It's kind of my thing.
Top

This project is amazing but the stability and balance of the experimental version is definitely very early. Is there a better place for me to report bugs and/or put in feedback? If not, here goes. I'll add more as I play. Created an account here just for this. 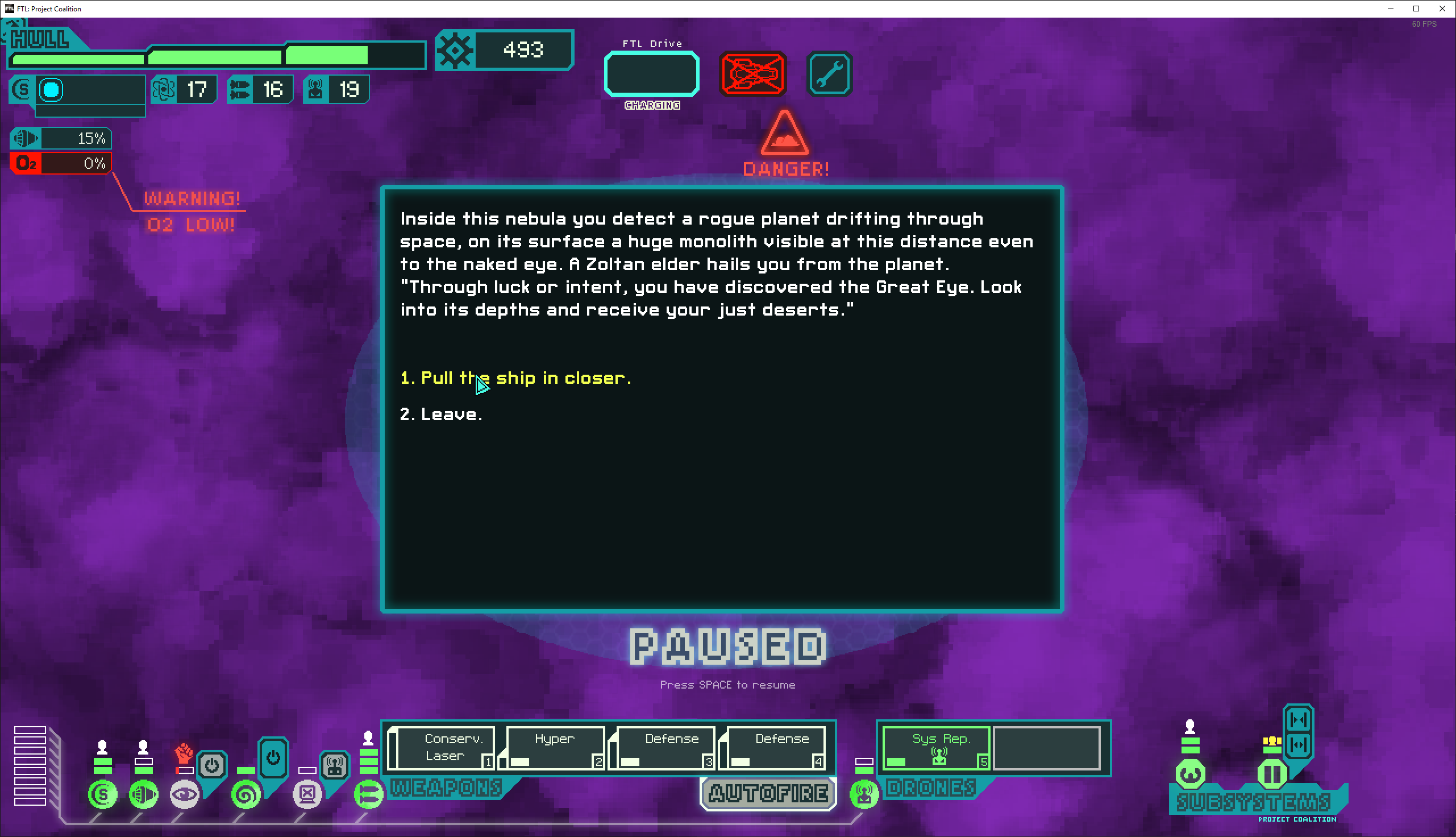 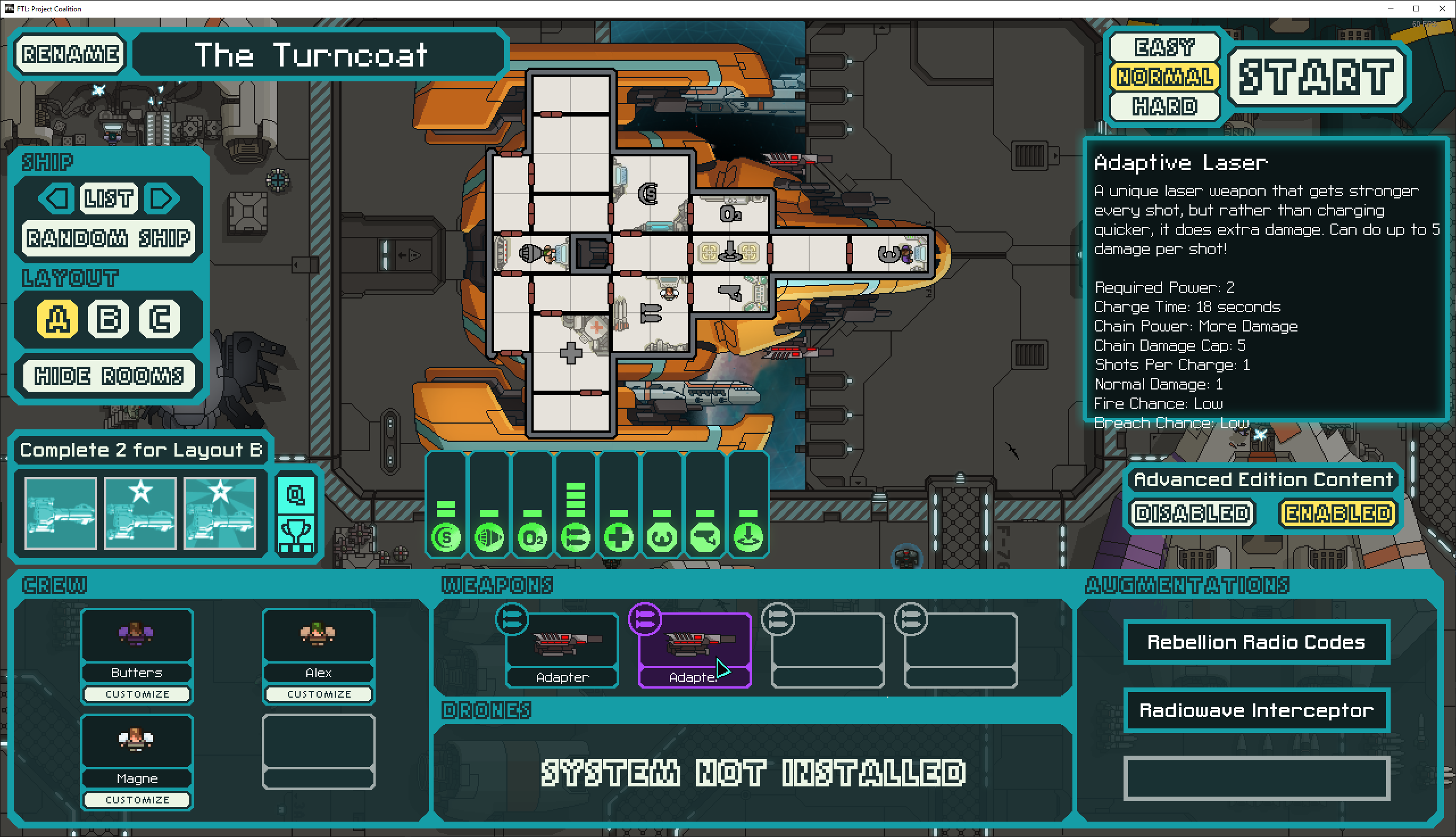 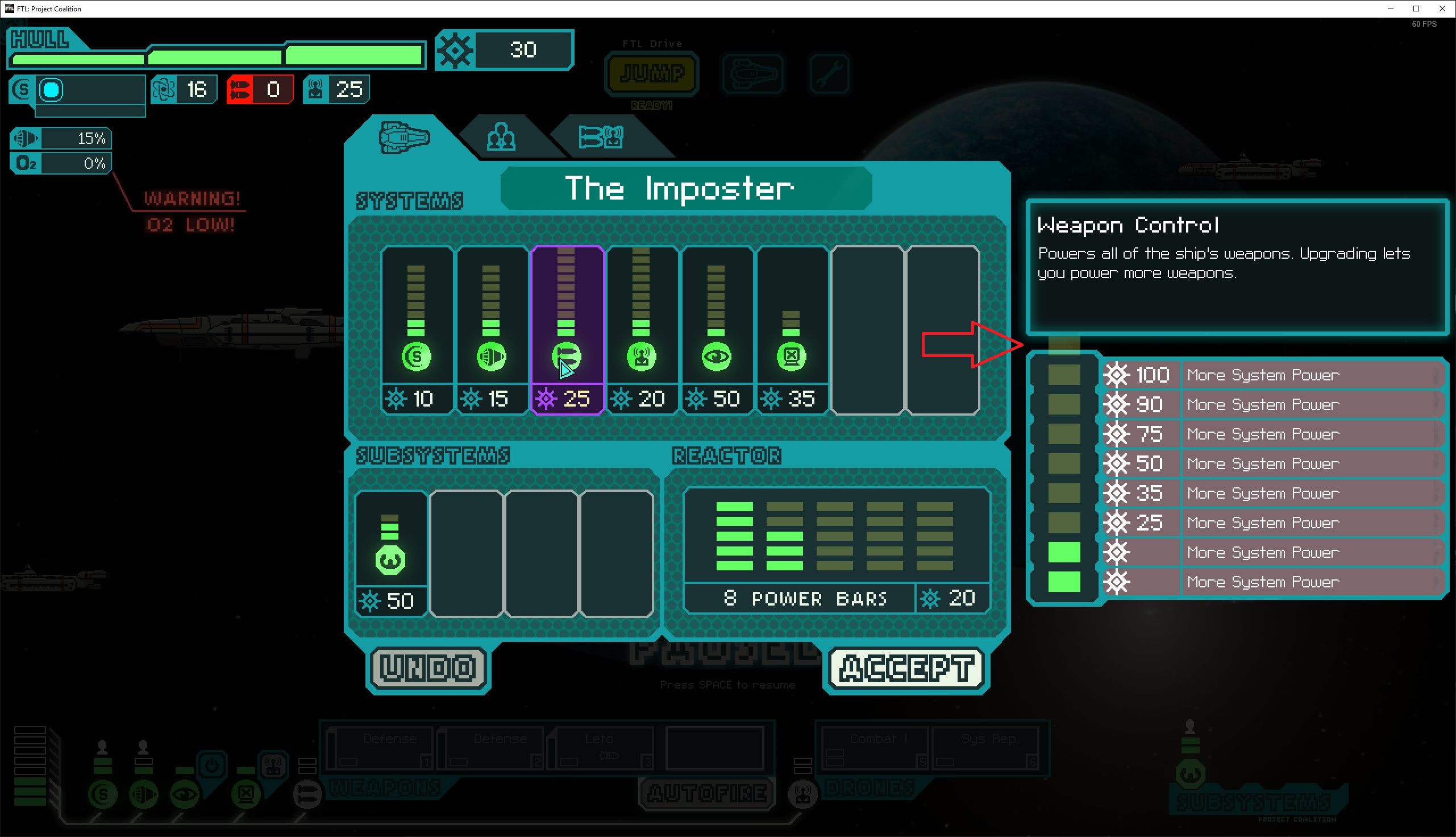 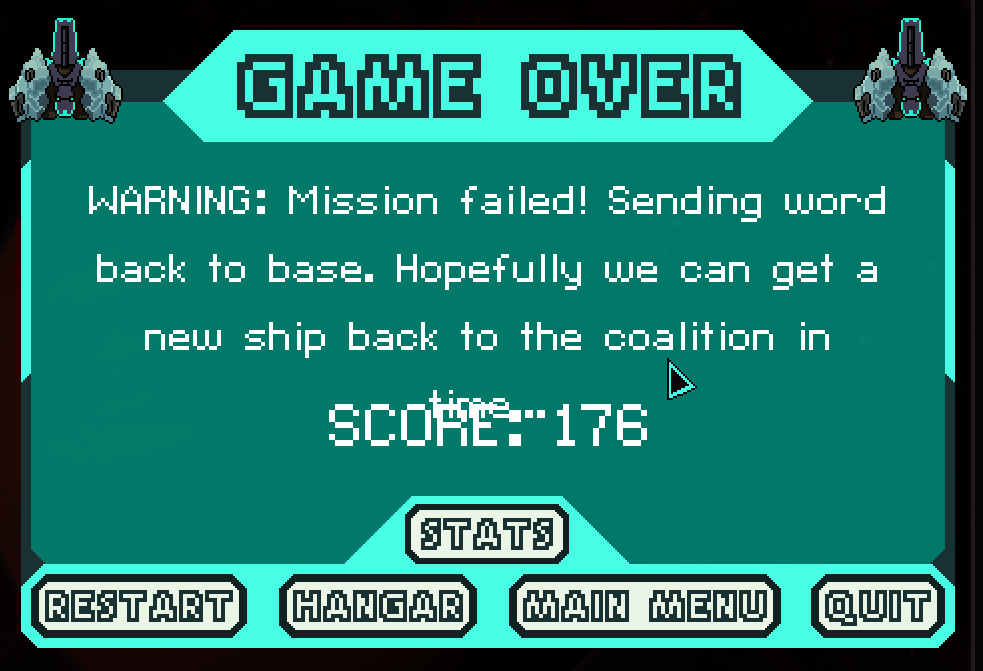 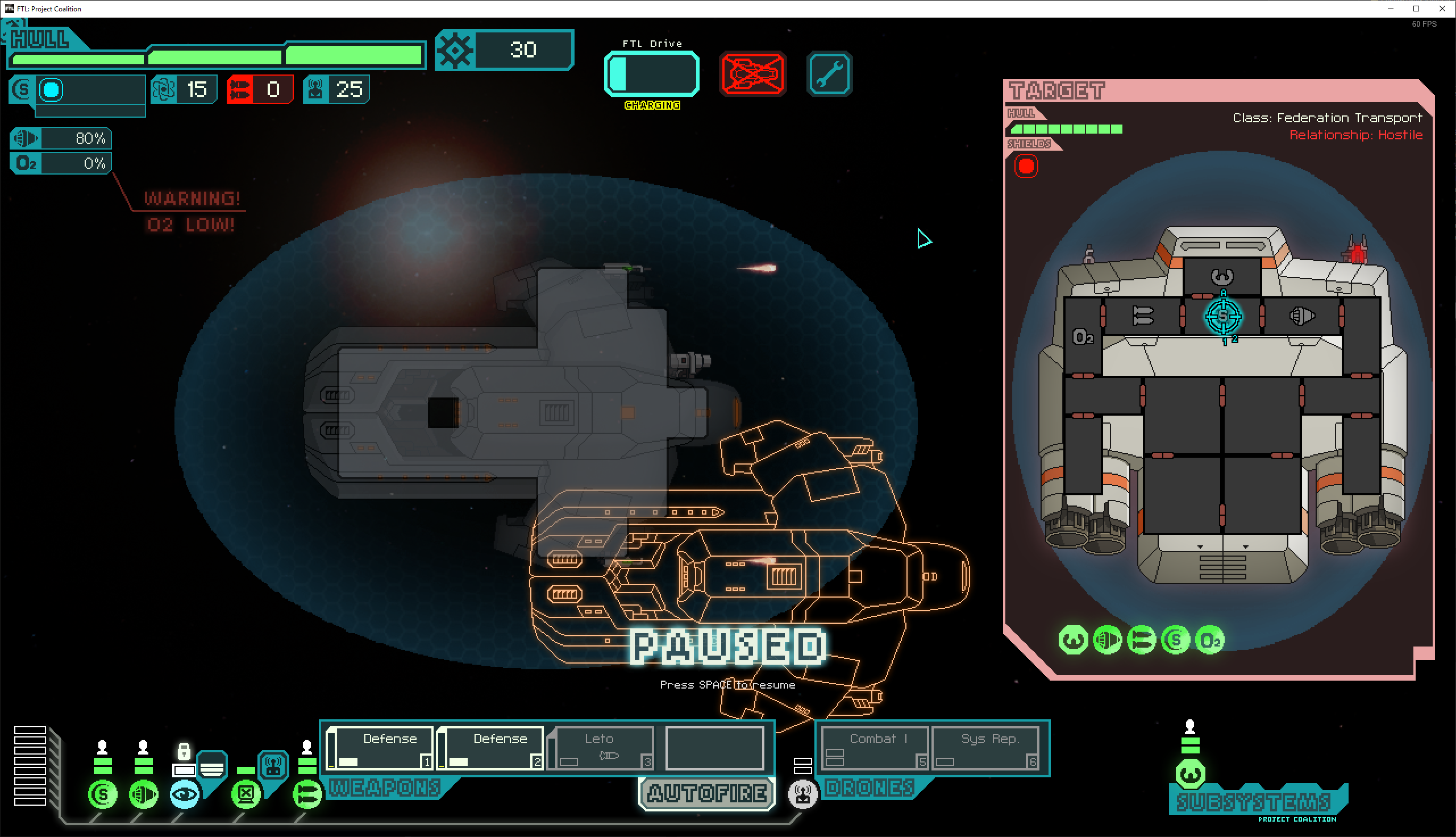 Edit: I've noticed the shield bubble doesn't always pop when hit by a laser, as if it resisted it. I am unsure if this is a display issue, a trait of the auto ship I don't know about or if it is some kind of unintended bug.
Top

Ok yeah so a lot of our stuff is like that.... and will always be like that. Such goes the sad sad story of being a modder. Unfortunately most of FTL's UI and graphic stuff is hard coded, which means things such as the weapons power going out of the UI box, or the text going out of the description box is not really able to be fixed. In fact, there was a lot more problems that no one is aware about that we were able to fix. Those are just the ones we couldn't. However with the Automated ship cloak we have fixed that and it will be solved in stable version 2, which is set to be released sometime around late March.

I'm not much for discord. If I continue to play for a while, and actually grab the new versions as they come out, I will probably look into joining the discord and getting more involved. In the meantime, it is difficult to organize in a forum post so I've created a spreadsheet that I'll update sometimes. Sorry I can't be the most helpful but if something stands out, I'll try to add it there.
https://docs.google.com/spreadsheets/d/ ... sp=sharing
The "Balance" ones are obviously my opinion only.
Top

everyone has their preference. anyways thanks for being so willing to help us (cause bugs are our main problem). I think the spreadsheet is a great idea, though you should put everyone on comment so (mostly I) and at least add in bugs of their own or comment on how something is fixed.

Is this mod compatible with anything or totally standalone? For examle, would this work with "CE Endless Loot for standard" mod? CrewD? Better Planets and Backgrounds or the newer HighRes Backgrounds?
Top

Well assuming your game does crash while playing, the mod is compatible with CERTAIN mods.