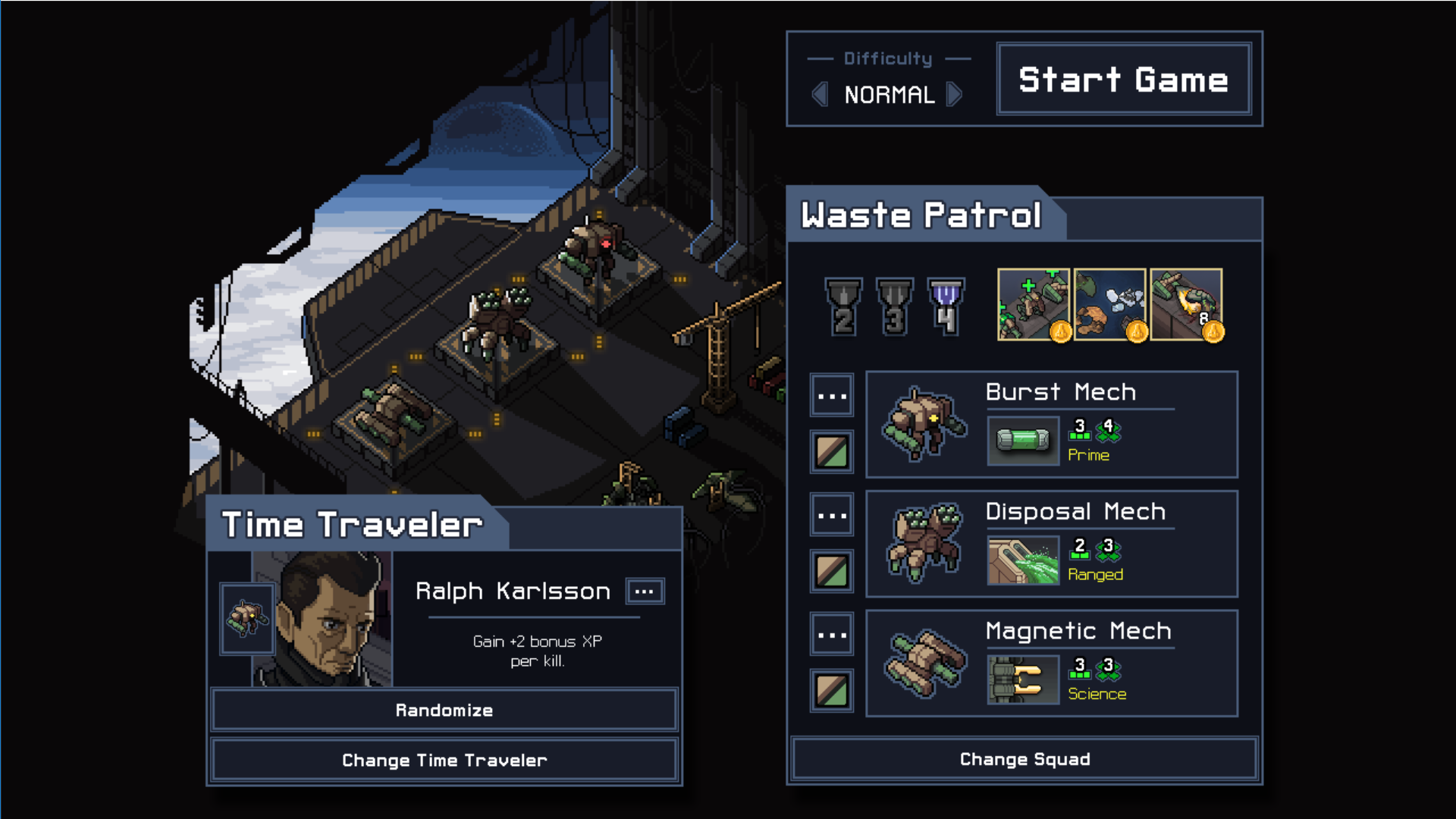 I'm gonna refrain from giving these guys a rating for the moment, as there seem to be a large number of possible bugs. Perhaps some of these are intentional, but it isn't exactly clear:

1: Hitting an empty square that has ACID on it with the ACID Launcher destroys the tile, turning it into ACID water.
2: When firing the ACID launcher at enemies covered in ACID, the center tile of the launch is always an instant kill, even if the target is encased in ice. The other four squares do 2 damage the way they should, however, and firing at enemies that are not covered in ACID works the way it's supposed to.
3: The Dipole Beam pulls (or pushes) every unit in the line, even though the orange targeting marker will only paint the first target in line as being a valid target. This even works through buildings.

It's also kinda hard to level pilots on the Burst and Magnetic Mechs up, I've found, but that's not really a big deal.
Top

1: This is intentional! But I decided that telling the user the attack dealt damage was more important than telling them it could turn ACID into ACID pools, since it doesn't really affect gameplay from what I've seen. But given your response, I'll see if I can tweak the description or the tooltip to help.
2: This is a bug - I'll fix it in an update.
3: It pulling and pushing everything is intentional, so I'll go ahead and change the targeting to reflect that.

Thanks for the feedback! I'll upload an update soon.
Top
Post Reply
3 posts • Page 1 of 1