General discussion about the game.
Post Reply
2 posts • Page 1 of 1

I just had to share this with you guys: 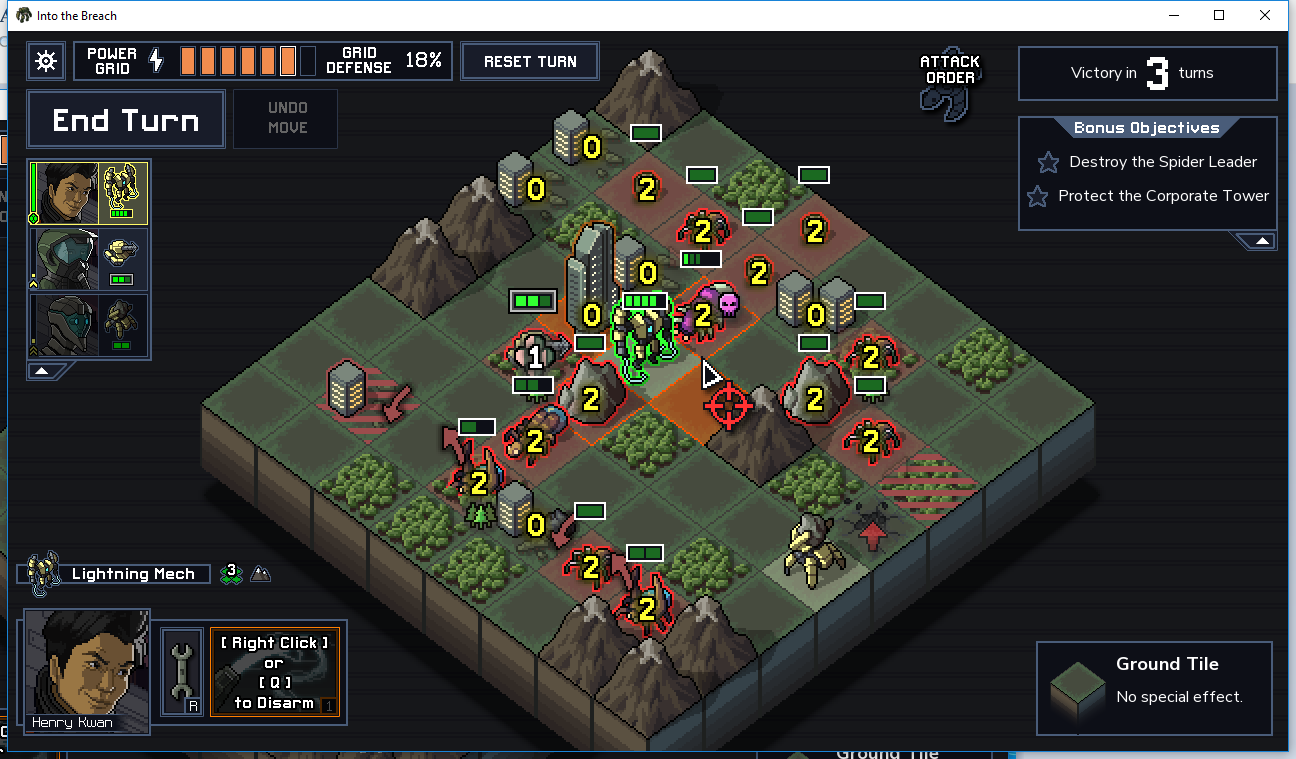 EDIT 2: Got it working now.

The boulder mech just lobbed that rock up near the tower, dealing a point of damage to the firefly to the left (and setting it up for the kill), another point to the spider queen, and finishing the link that allowed Henry Kwan (in the lightning mech) to hit both sides with a single electric whip attack. Kwan lit up the board, hitting all 11 enemies and cooking the spider queen - the sole survivor - to within an inch of her life. He was, naturally, insufferable about it for weeks afterward.

This also hit the hook mech for a point of damage and set it on fire, but it had nothing useful to do after serving as a link for the attack so the pilot simply repaired. And fumed when Henry dismissed it as "a small price to pay for my - I mean our - glory."
Last edited by DGM on Thu Mar 22, 2018 7:32 am, edited 1 time in total.
Top

Those are the best.
My Videos - MY MOD HUB
Simo-V - The Potential - Automated Scout - "Low O2" Icons
The Black Opal - The Asteroid - The Enforcer - The Pyro