FrostWyrmWraith wrote:A typo yes, but since the cloak seems to be working that's all. [...] And I don't really see how the comment thing matters.

The game's engine tolerates a lot of errors.

But invalid XML breaks tools that do proper parsing, like the SavedGame editor, and it hinders the development of new tools.

In the user's defense, if the target app has error tolerance, shouldn't all of it's extensions keep the same behaviour? Or be error tolerant as much as FTL is?
Roses are #FF0000
Violets are #0000FF
All of our mods
are belong to you.
Top

@shark
I'd counter by saying that wrong syntax is still wrong syntax. Also, contrary to the game's developers, authors of 3rd party tools don't get paid for their work (apart from donations) and do it in their spare time -- not that it means that we should half-ass the whole thing, but it is totally reasonable to expect people to use proper syntax to make the job easier.

And to not derail the thread further...

<shieldImage>shields_700x440</shieldImage>
This is the issue with Galactica. Instead of shields_700x440, it should contain a base image name, like kestral or, in case of your ship, jupiter.
Last edited by kartoFlane on Wed Mar 06, 2013 6:59 pm, edited 1 time in total.
Superluminal2 - a ship editor for FTL
Top

shark wrote:If the target app has error tolerance, shouldn't all of it's extensions keep the same behaviour? Or be error tolerant as much as FTL is?

They won't have the same tolerance.

kartoFlane ended up writing a pseudo-xml parser from scratch out of regexes.
It's both labor intensive and risks breaking compatibility with actual xml, plus introducing bugs of its own. (hence hindering development)

And that parser is only tolerant of the things it was designed to match, not necessarily the same things the game's engine will allow. If each new tool has to do this, they'll each be looking for subtly different patterns at best.
This is why standards exist.

The SavedGame Editor minimally uses regex to fix known problems with FTL's vanilla resources, prior to using a normal xml parser, which is at least a stationary target. And with each patch, the game's devs make the resources less typo-riddled.

<shieldImage>shields_700x440</shieldImage>
This is the issue with Galactica. Instead of shields_700x440, it should contain a base image name, like kestral or, in case of your ship, jupiter.[/quote]
Curious. I pulled that straight from my resources file, actually. It wasn't a spot of idiocy on my part- there is literally a file in my resources listing named shields_700x440_shields1. I would guess that it was added by something, but I'm not sure what. I assumed it was stock. I'll get it fixed.
Top

Wolf186M wrote:Amazing, the starting weapons give them an amazing and powerful feel. But on both the Galactica and Pegasus, when the shield is up, it shows up as this: 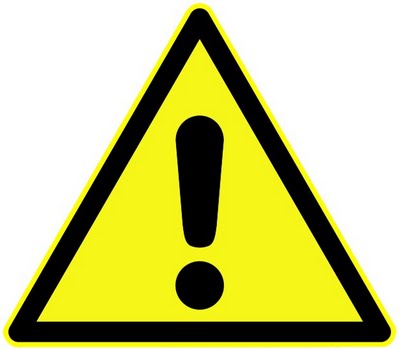 Could it have anything to do with this?
viewtopic.php?f=11&t=9978
Report spam using the handy Report Button Mod.
Top

Wolf186M wrote:on both the Galactica and Pegasus, when the shield is up, it shows up as this

Current mod manager versions keep their backed up resources in "GMM/backup/" and leave no unpack folders to worry about. Same advice applies though: delete those backups when you upgrade.
Top

FrostWyrmWraith wrote:This is correct. I decided it would look better with the room being that length though, and having incorrect venting images, than it would with little one by two rooms in Pegasus's flight decks. I've never really been bothered by that problem so it didn't seem like a huge issue to me- a lot of the ships I've made use rooms of nonstandard dimensions.

Not unlesss u put a 1x1 room in the middle of the ship.. and u have another room connected to it, the oxygen will vent not only in that 1x1 room , but in the next adyacent room... so u need to be careful with that, or u will lose crew even without notice.. lol.
My currently mods / wips ->

Airlock problems are a consequence of badly coded doors in shipname.txt and have nothing to do with room size.
Report spam using the handy Report Button Mod.
Top

UltraMantis wrote:Airlock problems are a consequence of badly coded doors in shipname.txt and have nothing to do with room size.

erm.. if u make 1x1 room, and u open the door on it, u will see how the air vent zone just goes through the next room. Actually its very clear. It doesnt matter wat value or change u do on the txt file. The basics are, that u need to have extra room space below/side to make the air vents works as intended. The room must be a proportional rectangle to be ok.
My currently mods / wips ->